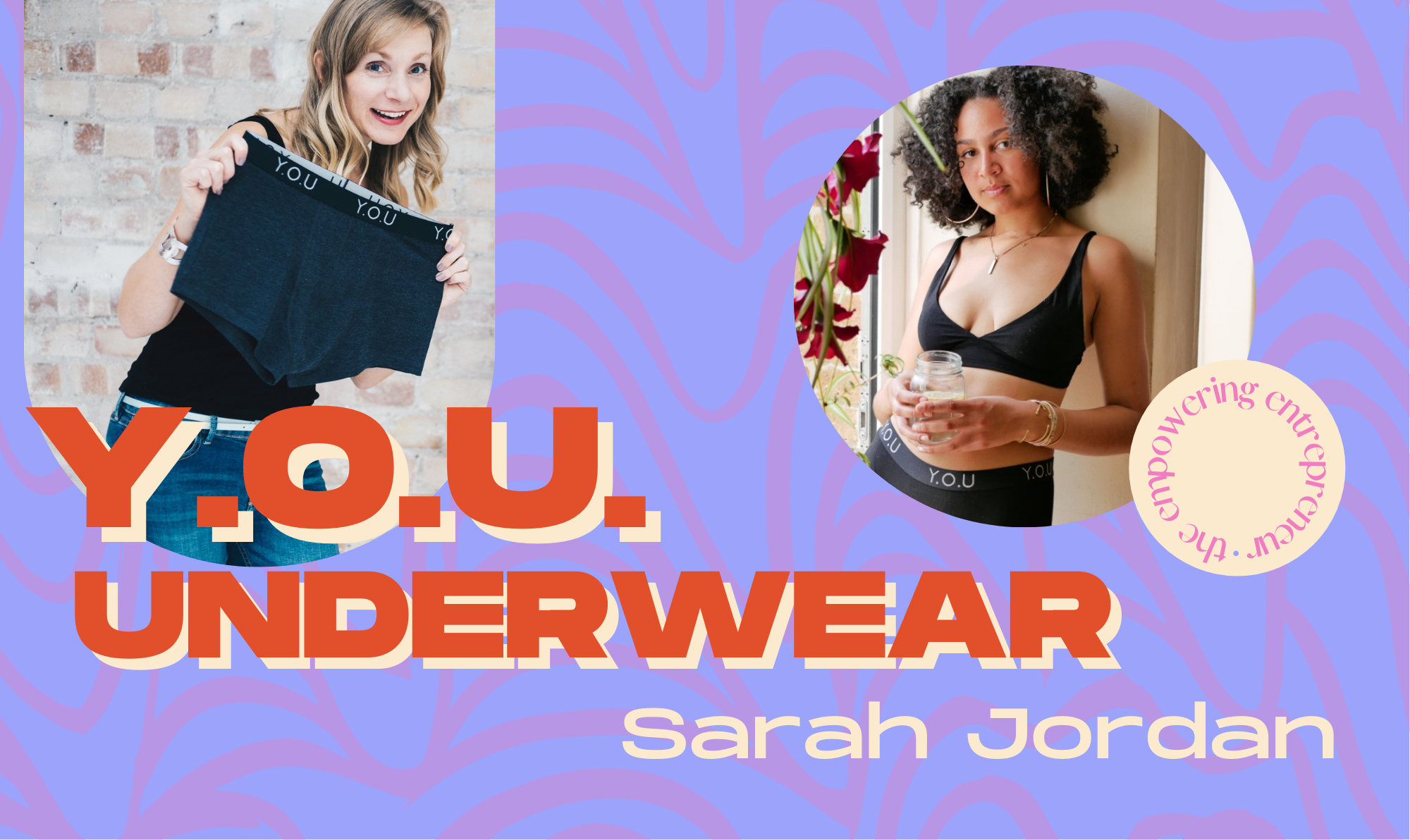 Sarah Jordan has created a business in which you can be kind to yourself whilst changing the world, with Your Own Underwear. Classically stylish, PETA approved vegan, and made from super-soft organic Fairtrade cotton, Y.O.U create underwear for every shape, size and colour. With their buy one-give-two promise, they donate two pairs to Smalls for All, a Scottish charity that collects and distributes underwear to vulnerable women and children across Africa and the UK for every purchase made. Y.O.U Underwear is truly as good for the world as it is for your wardrobe.

Starting her own business was never something that Sarah planned to do. However, after a trip to Uganda in 2016, her calling became clear. Whilst volunteering she discovered that the sanitary products that women had begun to produce in this area were not being sold – for no other reason than their lack of underwear. Despite ‘period poverty’ seeming to be the issue that the media chooses to highlight most, before that, Sarah realised, we must tackle the issue of underwear poverty. Because of this, young women in Uganda would miss a week of school every month simply for lack of sufficient coverage. Seeing this as something we take for granted every day, Sarah knew she had to do something; Y.O.U Underwear was born.

The journey to create and maintain Y.O.U Underwear has not been an easy one. A split with an early business partner, the impact of the COVID-19 pandemic and thus how their supply chain was impacted all have been hurdles for Sarah. Despite these struggles, Sarah chooses to embrace the uncertainly that comes with owning a business. Acknowledging that ‘The only thing that’s certain is uncertainty’, Sarah has found that some things simply can’t be planned.

Uncertainty in business and what may impact it, however, is one of Sarah’s favourite things about owning Y.O.U Underwear. This challenge, combined with the complete control she now possesses in her business, is, for Sarah, daunting but mostly exciting. Receiving cards and messages from customers never fails to make her smile. But for Sarah, the impact that Y.O.U Underwear has had, having now donated 16,00 pairs of underwear to people in need, is what keeps her motivated as a business owner.

Find something you’re motivated by and try and enjoy it!

For those who hope to one day own their own business, Sarah is direct in her advice – ‘go for it!’. Because there is truly never a correct time, an appropriate skill level that you need to begin. Sarah believes that the regret these people would suffer would be enough of an impetus to just start. ‘Find something you’re motivated by and try and enjoy it!’ With Y.O.U Underwear, it seems that Sarah has truly followed her own advice.

Women that mean business: nothing’s off limits. Get in touch